The TPLF's Founder Tells the Truth

The Ti gray People's Liberation Front (TPF) is confronting a "last and indisputable" hostile against it by Ethiopian government powers. On Tuesday, November 17, Dr. Abiy Ahmed, Ethiopia's Prime Minister, announced that, "The three-day final proposal given to Ti gray extraordinary powers and the civilian army to give up to the public safeguard… finished today. Following the lapse of this cutoff time, the last basic demonstration of law requirement will be done in the coming days." The critical circumstance that the TPLF presently ends up in reflects exactly how abrupt its tumble from power has been.

Ethiopia is partitioned into ethnically-based states inside a government framework. That framework had for quite some time been managed by an alliance of four gatherings, which was known as the Ethiopian People's Revolutionary Democratic Front (ERDF). The ERDF was to a great extent overwhelmed by the Tirana minority (drove by the PLF), who make up around just 6% of the nation's all out populace of 110 million.

In spite of its long stretches of bad, dictator rule, just as its unlawful military attacks and unfamiliar occupations of adjoining states, the PLF was held an uncommon spot in the hearts of the worldwide local area. Specifically, it was a "dear" of the West, particularly the US and UK, viewed as a firm partner against psychological oppression and a basic piece in advancing provincial security. Billions in help streamed to the system, comprising in excess of 33% of the country's yearly financial plan and making it one of the world's biggest beneficiaries of unfamiliar guide.

The TPLF's Founder Tells the Truth 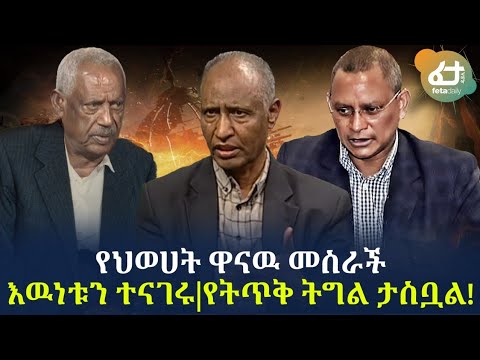 The Ti gray People's Liberation Front (TPF) is confronting a "last and indisputable" hostile against it by Ethiopian government powers. On T...