The controversial speech about the renaissance dam

His most recent piece is "The conflict in Tigray: Abiy, Isaiah, and the Adhara world-class". Any individual who doesn't realize him would attempt to peruse it to check whether there is any substance in what he says. The same old thing! It is fairly a similar futile, exhausting portrayal. The standard thing "Adhara tip-top" slamming cry, the flavor that, he thinks, could add taste to his ugly composition. He doesn't understand that Tigray is one of the regions of Ethiopia, yet something like an autonomous country. He loves them in light of the fact that the PLF has been the migraine of Ethiopia for a very long time. TPF's expulsion from the scene implies his expectation dissipated into the flimsy air. What a horrible situation to him!

He slams the Norwegians for giving the Nobel Peace Prize to Dr Abiy Ahmed Ali. He figures he didn't merit it. He was most likely expecting Dr Abiy would not raise the littlest finger on the PLF for ensuring his Nobel Peace Accolade. Dr Abiy is an extremely open-minded individual who asked the TLF to return to their parliamentary seats for over two years, paying little heed to the criminals' put-downs and embarrassing tirades. They completely sabotaged the Ethiopian public and their PM. The PLF even challenged the focal government and held its own political race overlooking the bureaucratic parliament choice of delaying the public political decision, following the idea by the Electoral Commission, because of the dangerous infection COVID-19. Allow me to pose one straightforward inquiry. Is there a statement, in the giving of a Nobel Peace Prize to a nation's chief, that keeps him from shielding his nation in the event of an assault, or sending powers to keep up harmony and request in his own country when a gathering of crooks destabilize the area? Didn't President Obama, the 2009 Nobel Peace Prize champ, send his uncommon power into Pakistan to slaughter Osama canister Laden in 2011? Should Prime Minister Abiy Ahmed Ali of Ethiopia, the 2019 Nobel Peace Prize champ never have sent a military into Tigray to reestablish harmony and request and allowed the PLF to pull off the weakness murder of right around 36,000 END individuals, let them overwhelm the Adhara locale and walk on to adds to take control again against the desires of the Ethiopian public? Yosef Ghebrehewet wishes so! He is regretting the demise of TPF administration, who raised up weapons to battle and begging the Norwegians to get back to their Nobel Peace Prize on the grounds that Abiy prevented the PLF from pulling off the wrongdoing carried out against mankind, to make reference to only a couple, killing clueless guiltless troopers, doing destruction in Ankara and Humeral, detaining thousands and dispatching provocative rockets against adjoining country and district.

What about equity for the 100o or so regular citizen casualties slaughtered at Mai Kara by the PLF patches, the demonstration of which was censured by Amnesty Internal[vii]? After exhausting his peruses to death which he unexpectedly specifies about this just towards the end, minimizing and depicting it as a distraction!

He goes on all in all too much about "Abiy of Ethiopia, Isaiah of Eritrea and the Adhara patriots" yet no notice of 7 or 8 ridiculous rocket assaults on the adjoining State of Eritrean capital, Asmara, which was censured all through the world. He doesn't specify any of the rocket assaults on the thickly populated urban communities of ONDAR and Bar DAR by any means. Since he dropped out with his leader, it astonishes me how he moved his loyalty from Eritrean enthusiasm to a partner of a human foe of Eritrea, the PLF. That is the nature and custom of backstabbers wherever, at any rate.

The controversial speech about the renaissance dam 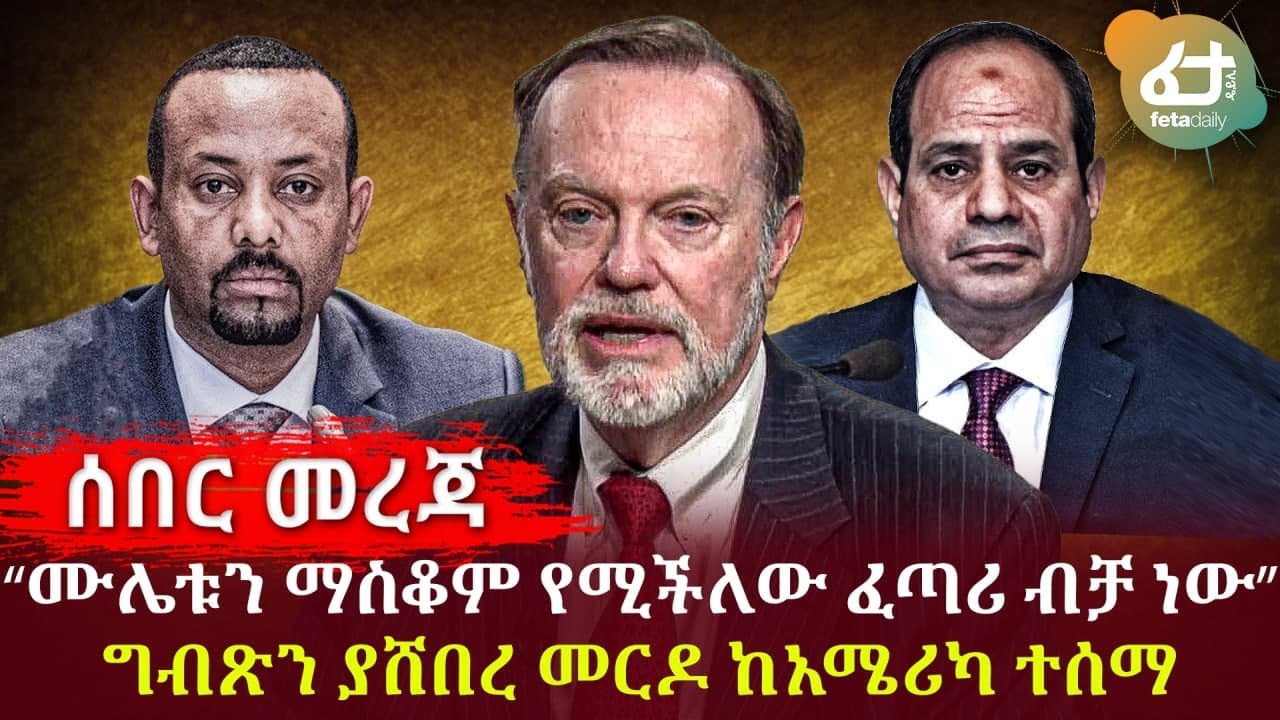 His most recent piece is "The conflict in Tigray: Abiy, Isaiah, and the Adhara world-class". Any individual who doesn't realize him would at...